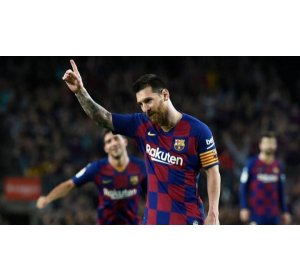 Messi is the best finisher in football. Does anyone else come close? 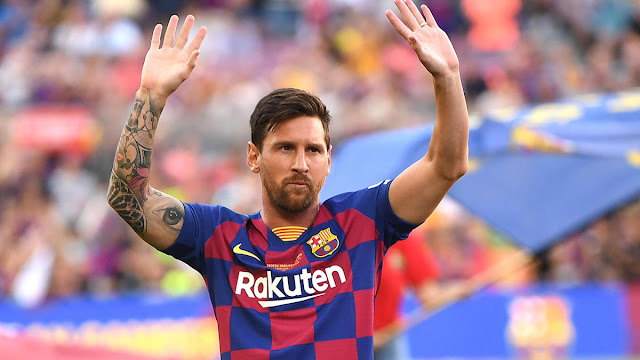 In case you’re not familiar with expected goals (xG) yet, the statistic is built around the idea that the majority of teams and players convert the same chances at the same frequency. For the most part, the best teams and players aren’t the best because of their ability to finish a high percentage of attempts; they’re the best because of their ability to generate a high volume of high-quality shots.
In other words, it puts a number on the idea that you hear managers talk about every weekend: Who created the better chances?
Now, that isn’t to say that there aren’t especially skilled finishers adept at catching a ball on the half-volley or nonchalantly lobbing an onrushing keeper. But the importance of that skill pales in comparison to the importance of getting the chances in the first place.
To wit: Robert Lewandowski and Pierre-Emerick Aubameyang are two of the best scorers of this generation. Since the 2014 World Cup, Lewandowski has more goals in domestic play than anyone not named Cristiano Ronaldo or Lionel Messi, and Aubameyang is just three spots and 15 goals behind him.
But guess what? They’ve each scored slightly fewer goals than expected in that stretch.


Which names pop up at the other end? Who’s adding extra goals to their totals by consistently picking out the corners of the net?
Expected goals awards a value based on a number of factors, including the location of the shot, but all of those factors occur before the shot is taken. That’s where Expected Goals on Target comes in. Here’s how Opta describes it:
The Expected Goals on Target model is built on historical on-target shots and includes the original xG of the shot as well as the goalmouth location where the shot ended up. It gives more credit to shots that end up in the corners compared to shots that go straight down the middle of the goal. This model is for on-target shots, given that if you don’t get your shot on target, there’s a 0% chance that it will result in a goal.
To determine the best shooters, we can compare xG to xGOT to see which players have added the most value to their attempts. Using TruMedia data for all domestic seasons going back to the start of the 2014-15 season, we’ll identify the best at a number of shots and end by identifying the best shooter of them all.