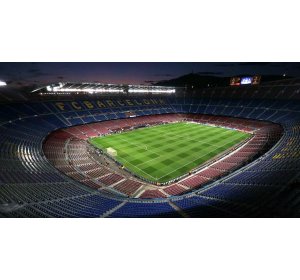 SATURDAY
1. Dortmund to beat Borussia Monchengladbach (14:30)  23/20
Dortmund beat Dusseldorf 3-2 last weekend to narrow the gap to league leaders Bayern Munich to two points with one game to go.
Lucien Favre’s side has won six of their last nine matches in the Bundesliga and beat Monchengladbach 2-1 in the reverse fixture in December.
Gladbach has something to play for themselves, with the final top-four spot up for grabs, but have won just three of their last 13 league games and are winless in seven at home.
Will Rook | Saturday European four-fold
2. BTTS in Bayern Munich v Eintracht Frankfurt (14:30)  11/20
Bayern has scored in their last 16 games at home and is gunning for a seventh-consecutive Bundesliga title.
To do so, they must face a Frankfurt side that has netted in their last nine away.
Eintracht can climb into fifth with a win, which would give them passage straight into the Europa League group stages.
Guy Giles | Fill Your Boots: Saturday BTTS Tips
3. Guido Burgstaller (Schalke) to score v Stuttgart (14:30)  13/8
Burgstaller has only scored five goals this season, but two of them have come in his last three appearances.
Three of the striker’s last four goals have come at home, while he ranks top for shots inside the penalty area and second for xG per minute in the Schalke squad.
Stuttgart have conceded 15 goals in their last four away games, including a 6-0 thumping at Augsburg last month.
Adam Drury | Anytime goalscorer tips
4. Man City to beat Watford & under 3.5 goals (17:00)  11/10
City have won 15 of their last 16 games, a run dating back to when they won the EFL Cup at Wembley in February.
Nine of those 15 wins have featured fewer than 3.5 goals, with Sunday’s 4-1 win at Brighton ending a four-match sequence of 1-0 and 2-0 victories.
Of Watford’s 12 league games against the top six this season, this bet would have landed in nine. They lost 2-1 to City at Vicarage Road in December, and held them to 0-0 until half-time before losing 3-1 at the Etihad in March.
AD | FA Cup final #BetYourWay
5. Celta Vigo to beat Rayo Vallecano (19:45)  9/20
Celta are still battling against the drop, sitting three points above the bottom three ahead of the final day, and they will likely come out fast against already-relegated Rayo.
Vallecano have secured points in just five away games this season – three wins and two draws – while losing their last eight on the road.
GG | SNF: Saturday night five-fold
6. Monaco not to beat Amiens (20:00)  5/4
Monaco have gone seven matches without a win to leave themselves in big danger of relegation from Ligue 1.
Leonardo Jardim’s side have won just three of their last 12 matches at the Stade Louis II overall, scoring more than once in only three of their last 17 there.
Amiens have lost just one of their last 11 matches overall. Five of those games have finished 0-0, so a stalemate could be a good bet at  8/1.
AD | Mythbusters: 4 double-chance football tips
7. San Jose Earthquakes to beat Chicago Fire (20:30)  21/20
San Jose Earthquakes have started to get their home form together after a dreadful start to the season.
The Quakes have won each of their last three matches at the Avaya Stadium and look great value to make it four against a Chicago side without an away victory this season.
The visitors have taken just two points from five matches on the road and have failed to even score in their last three.
WR | MLS four-fold
SUNDAY
8. BTTS in Empoli v Torino (14:00)  13/20
BTTS has landed in 23 of Empoli’s 36 league matches this season, the most of any team in Serie A.
The Azzurri have found the net in nine of their last 11 games, including each of their last four, the most recent of which was a 2-1 win over Sampdoria last Sunday.
Torino beat Sassuolo 3-2 last weekend and have now scored in 11 of their last 12 matches, including each of their last five.
Jack Green | Fill Your Boots: Sunday BTTS tips
9. RB Salzburg to beat Sturm Graz (16:00)  8/11
Salzburg has already wrapped up their sixth straight Austrian Bundesliga title but showed no signs of easing up with a 2-1 victory over second-placed LASK Linz last weekend.
That was the Red Bulls’ seventh league win in nine matches and 23rd out of 30 games this season.
Sturm Graz has lost four of their last six league games and has taken just one point from three meetings with Salzburg this term.
10. Atalanta to beat Juventus (19:30)  11/5
Juventus are on the beach, having secured their eighth straight Scudetto last month and been knocked out of the Champions League.
The Old Lady lost 2-0 at Roma last weekend and have won just one of their last seven matches in all competitions – their worst run since 2014/15.
Atalanta was unbeaten in 13 and had won five on the spin prior to their 2-0 defeat to Lazio in the Coppa Italia final in midweek.